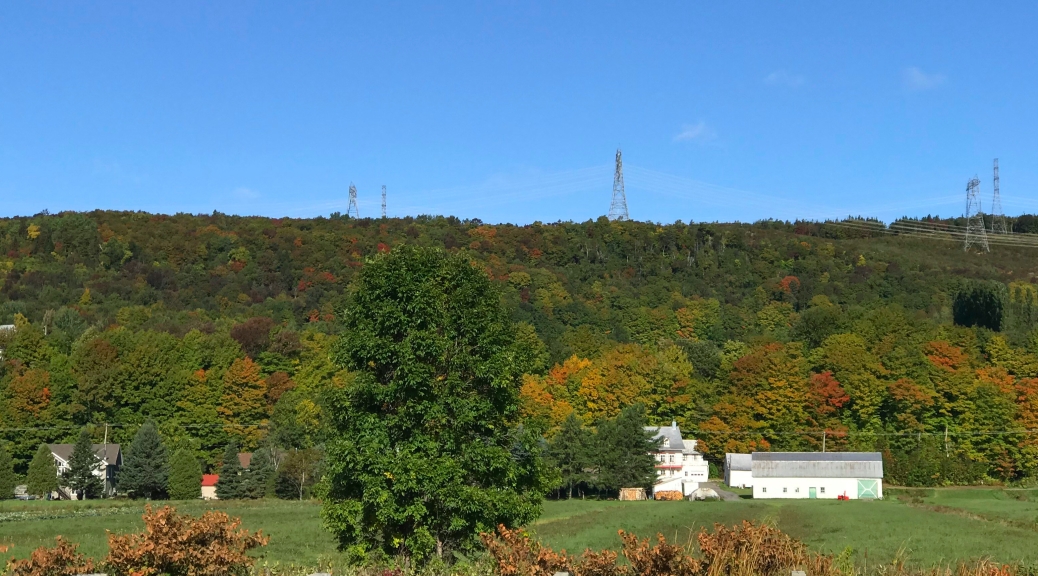 On Thursday, we drove into Baie St. Paul, through the Charlevoix Region of Quebec. Trees were turning and the Canadian Shield rolled with mountains of red, gold and orange. Still some green there, too. 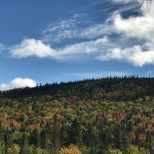 Trees changing in the Charlevoix Region 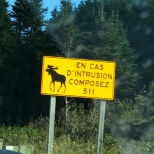 Warnings all along the road, but still, we didn’t see one. 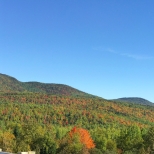 We went to Baie St. Paul because my great-aunt was one of the 11 founding sisters of an order of nuns, the Little Franciscans of Mary (pfm), that worked with orphans and old people in the French-Canadian communities in New England. The local priest in Worcester (who had asked Marie-Louise Rondeau—who became Sister Marie-Joseph) saw a need among the immigrants in 1889 and asked her parents-Remi Rondeau and Marie-Louise Guertin (Rondeau) if they could see their way to let their young daughter join. Although 18-year-old was reluctant to join because she was still a student at the convent of the Sisters of the Presentation of Mary in St. Hyacinthe, Quebec, after prayer she decided to become the first novice. With three novices and two postulants, cared for some 40 children. After a few years, the priest’s decisions created instability and the bishop informed them they were not nuns. Father Farad in Baie St. Paul had seen a similar need in his community and offered to sponsor the Congregation in Canada and they kept their New England locations as missions. Sr. Marie-Joseph was one of the two nuns who went to Canada to discuss the possibility with the priest and bishop. Their mission changed in Canada to housing old people and insane people. 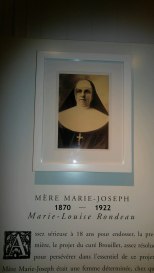 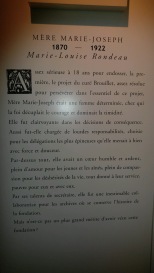 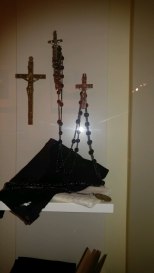 Sr. Marie-Joseph was elected the Superior when she was when she was 19. She was later sent to St. Joseph’s Convent and Boarding School in Wallagrass, Maine. It was away from her home in Worcester, but back to the teaching she loved. Wallagrass is in the northern tip of Main near New Brunswick. (And, as the crow flies, not too far from Baie St. Paul). She died in 1922. 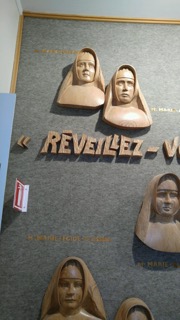 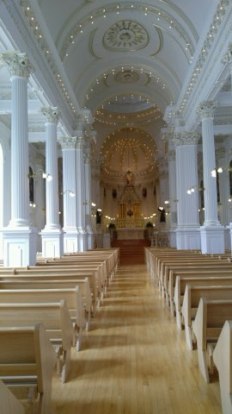 After we left Bait St. Paul, we drove back on the route towards Quebec and, across from Montmorency Falls, took the bridge to the Ile d’Orleans. We circumnavigated the island and stopped at a couple of shops. It was one of the first parts of Quebec to be colonized by the French. Our ancestor, Thomas Rondeau (born about 1637), immigrated from La Rochelle, France in 1662 and his occupation was listed in the 1666 census as a cloutier—a person who made and sold nails. He died 10 November 1721 in St-Pierre-de-Ile-d’Orleans, Montmorency, Quebec and was buried the next day. On the 31 of October 1666, a marriage contract was signed between Thomas and Andreè Remondiere, a Fille-Du-Roi, who was about 14 years old. It is probable that that was also their marriage date. She also came from La Rochelle and died 21 November 1702, in St. Pierre and was buried the next day. They had at least 18 children, 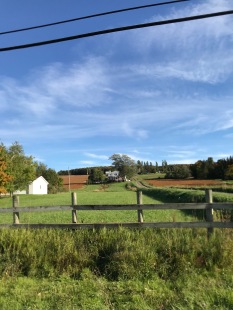 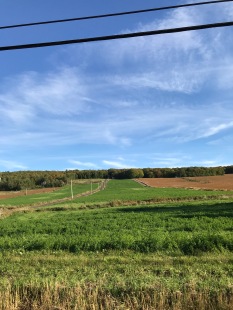 Our direct ancestor was Francois Rondeau, born 7 April 1678 at St. Family, I’ll d’Orleans, died 28 1748, St. Antoine-de-Tilly, Lotbiniere, Quebec. He had three wives. Our ancestress, Marie Anne (and here I have problems with spelling so hopefully will get it right eventually) Decaux Sindeco (or something similar starting with an “F”) was his first wife and was born in St. Famile, Ile’d’Orleans in 1678 and died 12 August 1723 in Lotbiniere, Quebec. They were married 21 July 1705. St. Antoine-de-Tilly is on the south side of the St. Lawrence, south of Quebec City and Levis. They had at least 11 children, and our ancestor was Antoine.

The island is still an agricultural area (and lots of bed and breakfasts). We would love to come back and stay a few days or week on both the island and in Baie St Paul or Charlevoix.

From here we left for Maine and were the only people in line at Customs.  We found a motel to stay at in Jackman, Maine a town so small there were no food restaurants open at 8:00 pm, just the gas station.

One thought on “More Ancestral Doings”